skip to main | skip to sidebar

I made a vegan version of this in Los Angeles and Portland in the last few weeks, turned out pretty good... 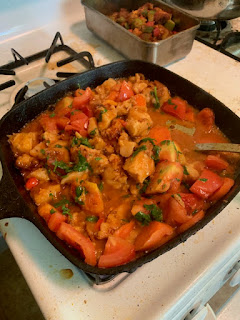 I took homemade chickeny seitan and chopped it up, along with some seasoned tofu cubes for texture variation then sauteed until brown with minced ginger, garlic, shallots, several hot chilies and leeks.
Added some broth (not too saucey for me), a bunch of coarsley chopped tomatoes and a small amount of paste I made which involved tomato paste, nutmeg, clove, coriander, turmeric, cumin and mustard seed. Let that go for a little bit and seasoned to taste and added some chopped cilantro.
I didn't pay attention to amounts (do I ever) but this is something easy to do to your own taste.
Served it with red rice and long grain white mixed together. Make it nice and hot will ya?!
Posted by Joshua Ploeg at 6:24 PM

This Ain't No Picnic 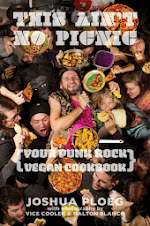 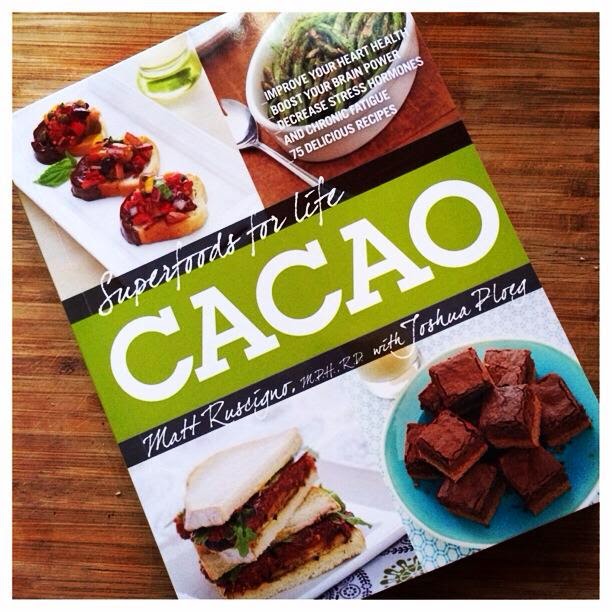 it's called: "Superfoods for Life: Cacao"

In Search of the Lost Taste 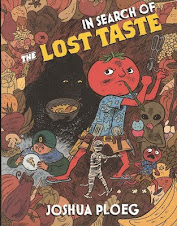 A fine vegan holiday gift- get it from Microcosm!

So Raw It's Downright Filthy

raw zine with b+w pics of trash instead of food. Why? Because I love you!

Get my cookbooks and zines from BuyOlympia.com and Microcosm. Email me if you would like something catered or to host a dinner party, if you need some personal cheffage in the Los Angeles area (and elsewhere).
This food you see can be had! 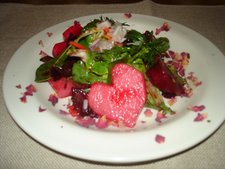 Joshua Ploeg
Los Angeles, California, United States
I used to/ still sing in punk bands (Mukilteo Fairies, Lords of Lightspeed, Behead the Prophet N.L.S.L., Warm Streams), now I cook vegan food and tour around in a fashion similar to the band tours of yore, mostly doing dinner parties and soirees in people's apartments and art spaces. I tour on public transportation for weeks on end, sometimes bringing my knives along and cook in a wild variety of kitchens (been doing it this way since 2003). I've also done several vegan cookbooks: "In Search of the Lost Taste", "A Typografic Meal to Celebrate the 75th Anniversary of Libelle" (Netherlands), "Dutch Much", "Twelve Knights In My Kingdom" and "Something Delicious This Way Comes: Spellbinding Vegan Cookery". Hot Stuff! Currently I live "wherever"!